SECURE ACT: How It May Change Your Retirement Plan 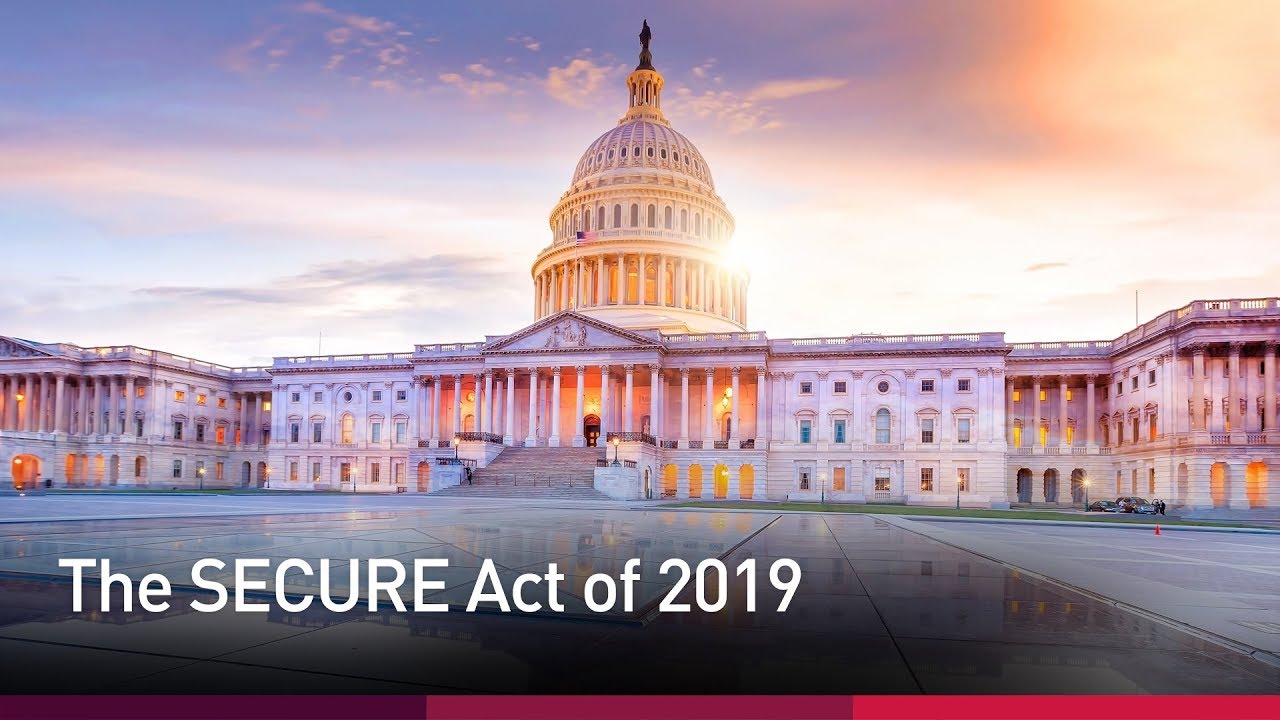 Congress has passed significant changes to retirement savings law that will affect individuals in or nearing retirement, new parents, small business owners and employees, and could have a major impact on estate planning.

The changes include increasing to 72 from 70½ the age at which individuals must begin taking required minimum distributions (RMDs) from their retirement accounts; lowering barriers for small business owners to create a savings opportunity for their employees; and changing the rules for inherited retirement accounts that could spur revisions to estate plans.

The retirement savings bill, known as the SECURE Act, was included as part of the massive government spending bill that was approved by Congress in a flurry of last-minute deal-making in mid-December. The 1,773-page bill was one of two bills to fund government operations that averted a government shutdown that would have taken place on December 20, when a temporary agreement to fund the government was set to expire.

The bill was approved by the House of Representatives on December 17, and the Senate followed suit on December 19. President Donald Trump signed it into law on December 20.

The SECURE Act, an acronym for the “Setting Every Community Up for Retirement Enhancement,” was approved overwhelmingly by the House in May, but was stuck in limbo for months in the Senate until supporters pushed for the bill to be included in the must-pass year-end package.

Key provisions in the retirement savings portion of the bill include:

What should investors do?

Investors who have turned or will turn 70½ before December 31, 2019, should ensure that they have taken their RMD or have plans to do so prior to the deadline of April 1, 2020. If you turn 70½ on or after January 1, 2020, you will not need to begin taking required minimum distributions until 2022.

Investors who have estate plans that include leaving retirement accounts to heirs should consider reviewing those plans with a financial planner to determine whether any changes need to be made based on the new law.

Investors over 70½ who have earned income should consider discussing with a financial planner whether the new rule permitting ongoing contributions to an IRA makes sense for their situation.

The rules around investing, retirement, and taxes are always changing. Contact a CFP® Professional TODAY to see how you can make the most out of your resources!